In their latest Human Made retreat adventure our heroes Joe, Tom, Noel, Theo and Matt travel to the distant island of Lanzarote to search for the mysterious Happytables 2.0. Or something like that…… 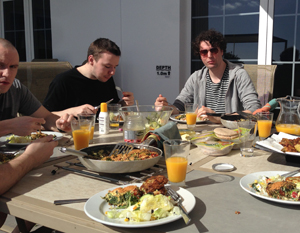 The real purpose of our February Lanzarote retreat was a chance for get away from the office, go somewhere nice (and warm) and give total focus without distraction to key projects, including a rework of Happytables. To make it a little harder for ourselves we also invited along some friends and family.

We’d been very pleased to welcome Noel Tock to the Human Made office a couple of days earlier. Despite working together on a number of projects we don’t often get to see Noel in person; we took the opportunity to go out and celebrate the launch of our latest collaboration on the ClickBank Powered Platform. 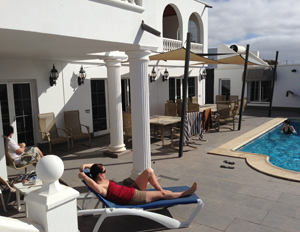 After a very early start the team swapped the office in chilly Derbyshire for a luxury villa in sunny Lanzarote. No one is exactly sure how many bedrooms, but the general consensus is that there were lots. The jacuzzi, huge telly and gym also deserve a mention. With a sea view and temperatures of 24°C, it was an ideal environment for focusing the mind.

Matt and Tom put their hours in on a mixture of client work for TK Maxx and some new developments for WP Remote. Everyone else concentrated on Happytables 2.0. This was a chance to take the next step for Happytables with a full re-write of the entire product. 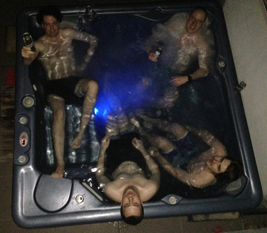 Joe, Noel and Theo worked hard over the week to build an entirely new Happytables system. Key changes were an updated theme, a move to WordPress Multisite, and a new admin area. We took a fresh approach to the admin side of things writing the admin functionality from scratch rather than modifying the WordPress admin. The new system will initially operating in parallel to the existing one during customer migration and this also posed some particular server challenges. After an enormous amount of work the team had the Beta release up and running by the end of the week, ready for Beta testing. Look out for blog posts to follow with some more specifics. 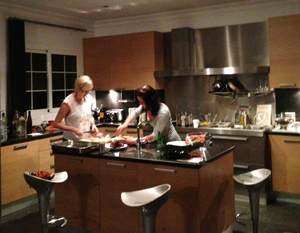 Overall, the retreat was a real success and more than fulfilled its purpose. Huge progress was made from a work perspective and a good time was had by all. Achievements of the week included:

The failure to arrive at any tourist attractions while they were open.

So, finally the five returned to cold, wintery Derbyshire after a hugely productive week, some great team bonding and of course lashings of ginger beer. Look out for the next Human Made adventure.