At WordCamp Europe, Matt put forward the notion that companies should contribute 5% of their effort back to the WordPress project. The thinking being that by doing so we can ensure the long term success of WordPress itself.

I think a good rule of thumb that will scale with the community as it continues to grow is that organizations that want to grow the WordPress pie (and not just their piece of it) should dedicate 5% of their people to working on something to do with core — be it development, documentation, security, support forums, theme reviews, training, testing, translation or whatever it might be that helps move WordPress mission forward.

Matt Mullenweg – Five for the Future

Like a lot of companies built on-top of WordPress we have long been active members of the community and have contributed back to both the core software and the community at large.

We contribute back because we want to, because it’s the right thing to do and because by helping WordPress get better, we’re also helping ourselves. 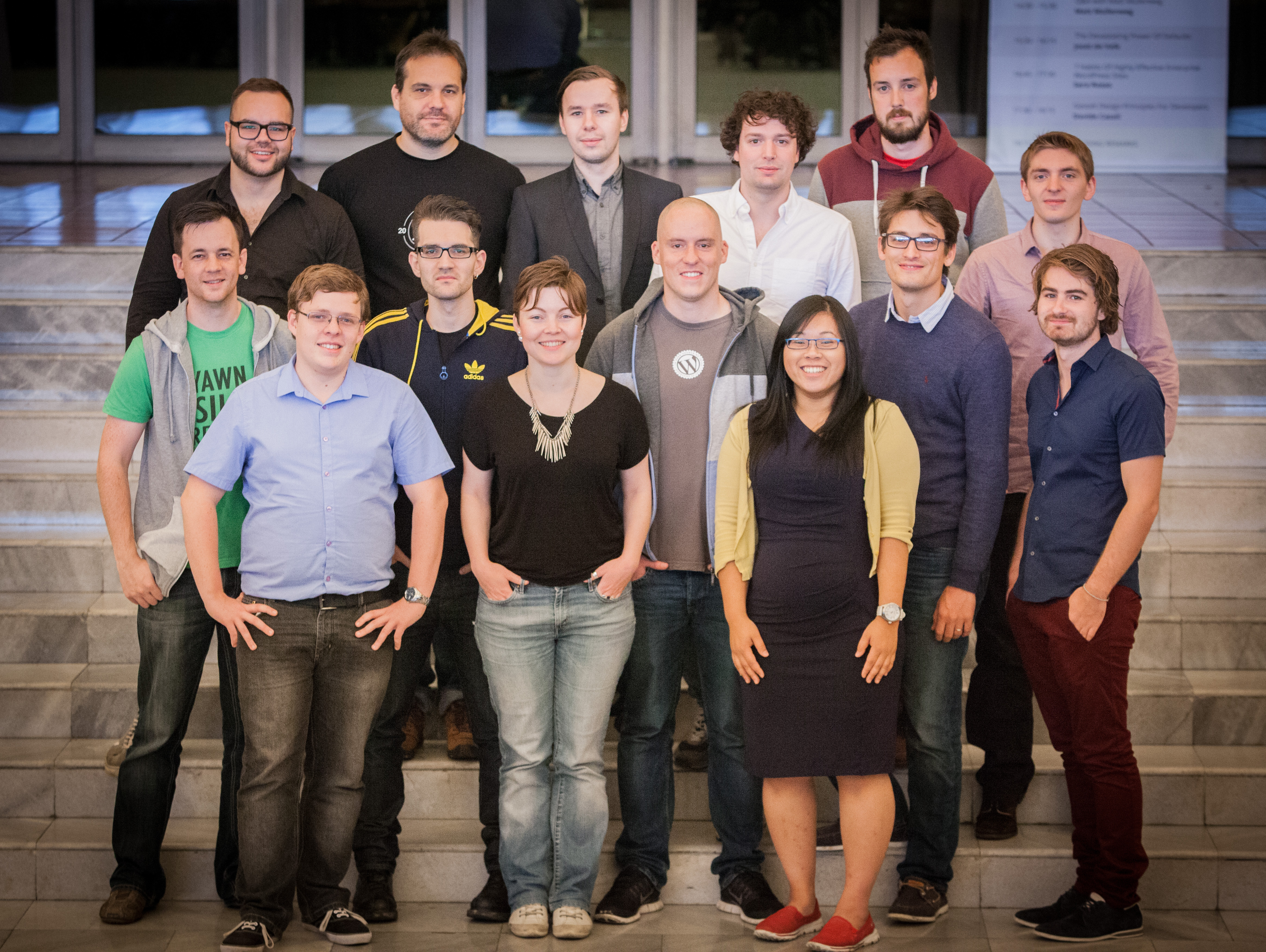 Human Made has always been committed to creating an environment where everyone is encouraged to give back to the WordPress project. With Matt’s call for companies to commit 5%, we thought it was a good time to check how we were doing and formalise this commitment.

As we grow, our commitment to WordPress will also grow. Currently we’re about 17 FT people, so 5% is the equivalent of around 1 person full time. Here’s what we have been, and will continue to do:

This commitment to core was reflected recently when 5 of our humans flew over to San Fransisco to attend the second WordPress Community Summit and the invite only Contributor Team Meetups.

We also believe in supporting the community through both WordCamps and local meetups. Although speaking & sponsoring these can be self-serving we’ve always felt it to be an important part of supporting grassroots communities.

We’ve been one of the main sponsors for every WordCamp in UK since 2011 because we wanted to support our local community and see it grow. We’ve since seen the UK go from a single annual WordCamp to 4 just this last year, a huge success. In addition in just the past months we’ve supported employees and partners to put a significant amount of work time towards organising WordCamp London, WordCamp Europe, WordCamp Switzerland, WordCamp Norway & WordSesh.

Let’s face it, the big WordCamps have no trouble finding sponsorship so we’re happy to leave that to others and instead spend our money on more grass roots events. We feel we can have a bigger impact in terms of growing the WordPress community by doing so. As we’ve expanded internationally we’ve also realised we have an opportunity to reach communities far and wide; our recent Dawn Patrol experiment is our attempt to showcase the amazing communities and people that are out there and hopefully foster more sharing between them.

At least 1 person from HM has presented at #wceu, #wctokyo, #wcct, #phpnw14 & #wcsf all in the past month. Yay for international community!

Looking to the future, we will continue to support and sustain at least 5% of our time & effort as a company to giving back to the open source community.