WordCamp Kansai 2015 happened recently, and I received an invitation to speak. It was an exciting opportunity; I got to see Japan first-hand, catch up with friends, see the home of Wapuu, and talk about WordPress.

I’m not new to WordCamps, or speaking, but there was a lot for me to think about after leaving Kansai. Here are some of my thoughts for your perusal and feedback.

Japan and its People

I’ll admit that I was a little nervous about visiting Japan. Unfortunately, I can only speak English. When visiting European countries, I can get by reading signs. That’s enough to at least navigate with place names, even in Cyrillic. But I have no Japanese at all! So I would need to rely on others (and maybe Google Translate’s camera feature) to even find my way around, or find food.

I had the good fortune of meeting several members of the Japanese WordPress community at WordCamp San Francisco last year. They showed me incredible hospitality while I was visiting Japan. I rarely had to use public transport, and even when I did, they gave such clear directions that it wasn’t daunting. Takayuki Miyauchi, Kite Koga, and Shinichi Nishikawa in particular really went out of their way. Picking me up from my accommodation, and walking with me to make sure I was on the right track (even in the opposite direction from where they were heading). 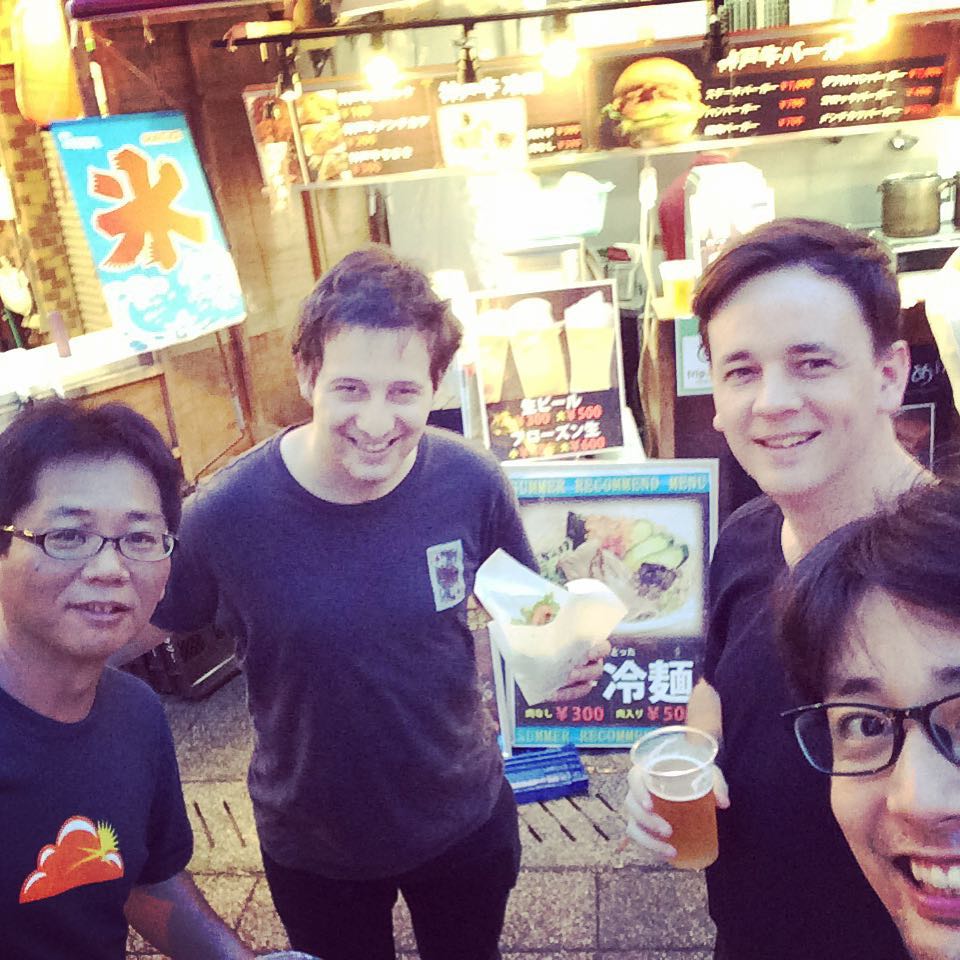 This was generally my experience of Japan. It was an amazingly friendly and accommodating culture. Even when stopping to check directions with other locals, they seemed to talk like old friends.

I won’t go into detail about the food, but it was incredible. If the friendly people weren’t enough already, the food is another great reason to go back! We tried several different cuisines and styles of eating, including izakaya, sushi train, okonomiyaki, onigiri, and others. The drinks too! Sake, umeshu, shochu, and Kirin beer. So good.

I think it’s fair to say that once you’ve been to half a dozen or so WordCamps, a lot of what you go for is the people. The formats are often the same, and the content often relatively low level.

So seeing the timetable for WordCamp Kansai, it was impressive to see the variety of content. There were introductions to contributing, learning best practices, and then workshops on HHVM + Hack.

There was also a huge variety of formats: talks, workshops, contributions, and unconference all happening simultaneously. I’ll admit there were moments I wanted to be in two places at once, but I loved it. It really broke the time up well.

This was also my first non-English WordCamp. Any talks done in English, including mine, were translated live into Japanese. Public speaking with live translation is a different beast to just public speaking. I really wasn’t sure how smoothly it would go, but Toru Miki was a fantastic translator! He kept up with me, even if I deviated from my plan a little in the moment. Somehow he indicated when he was done with subtle body language. It just worked! Someone commented later that he’d translated excellently, and pretty much word-for-word. 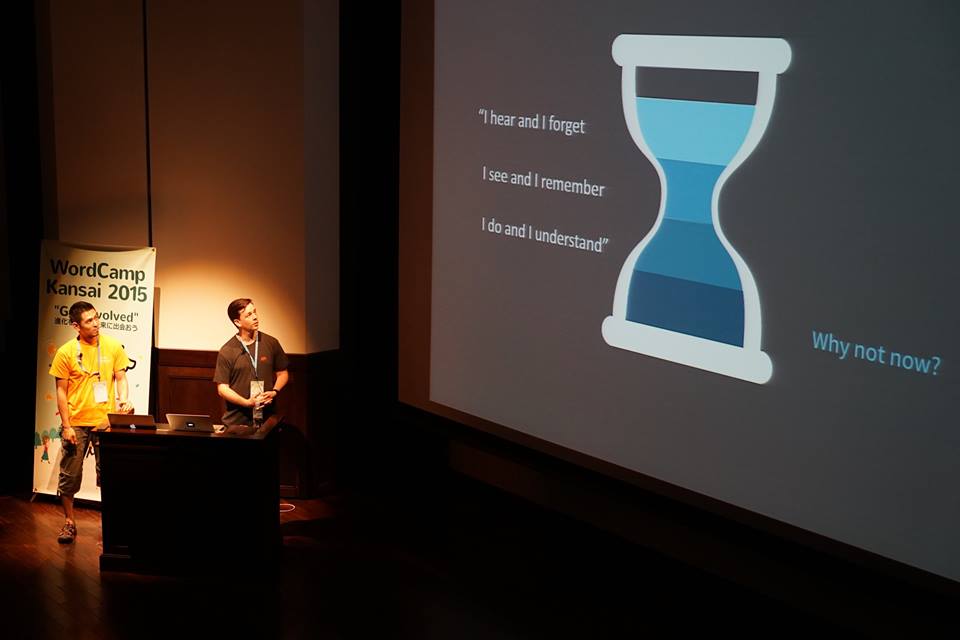 It was a lot of fun to be able to hang out with fellow Aussie, Bryce Adams. His talk about building a SaaS on WordPress, NomadSMS, was in English and translated by Shinichi Nishikawa, who did an excellent job. Bryce also highlighted one of our Human Made projects, Nomadbase, when discussing use of the WordPress REST API project when building a SaaS.

The whole event ran smoothly. The schedule seemed to happen as expected, and the catering was fantastic. Even the “after party”, which was held at the same venue, was a wonderful time of mingling and chatting with other attendees. (No overly loud music to stop us talking! Which, considering the language barrier, would’ve been a very isolating nightmare for me.)

WordCamp Tokyo 2015 is scheduled for October 31st and November 1st this year. If WordCamp Kansai is any indication, it’s going to be a fantastic event. Unfortunately, I won’t be able to be there, but if you can I’d recommend it!